“My whole world in one frame”: Actor Anushaka Sharma shares photo of her baby bump 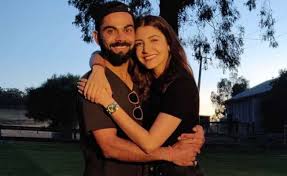