Hindu girl abducted in Pakistan, converted to Islam and married off to abductor 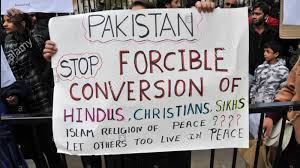 Videography of first round completed in Gyanvapi Masjid, will continue tomorrow

Outrage after attack on VHP leader in Hanumangarh