Women protest against hijab in Iran 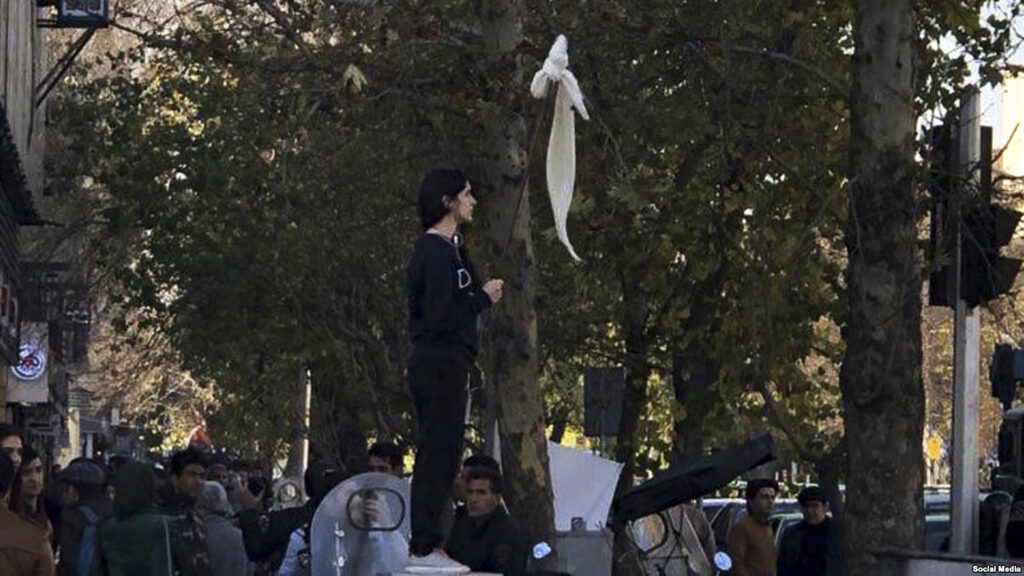 A woman protester, standing on a telecoms box on a Tehran street, takes off her headscarf and holds on a stick, protesting against the country's compulsory hijab rules. She was standing in the busy street Enghelab Street in the centre of the Iranian capital on December 30, 2017. (Photo by Salampix/Abaca/Sipa USA via AP)
Share
Facebook Twitter WhatsApp
Share. Facebook Twitter WhatsApp

9 more killed in protests over hijab in Iran

Investigation agencies raided PFI in many states of the country